Smartphone cameras have indeed come a long way in the past few years. In this age of social media, everyone with a decent smartphone is a photographer. The technology has made it easy, so why wouldn’t they think like that?

For quite some time, dual camera setup has been available in the market. But to keep up with the growing interest of photo enthusiasts who love to take photos in their smartphones, manufacturers have been working hard.

Which is why, triple and quad camera smartphones are flooding the market for the past couple of years. In this article, however, we’ll only talk about the quad camera phone. The craze of this particular type of device has been growing since the manufacturers are backing them up with affordable market budget.

In simple words, a mobile with a four camera setup is called a quad camera phone. This setup usually has a primary camera lens, telephoto lens, ultra-wide-angle lens and a depth sensor. Having multiple camera lenses integrated in a single device, has made an array of new features possible.

For example, a quad camera phone allows its user to take better photos with a higher depth of field. It can also take those sweet creamy bokeh pictures, similar to DSLRs. To add to that list, they have faster focusing, can capture more detail and monochrome photos too.

How does it work?

Every single lens has its own purpose to fulfil in quad cam setup. These lenses can also work together to make your photos better. Let’s discuss how the features work in a regular quad-camera phone in detail.

While the types of lenses can differ from brand to brand, but every single quad camera phones that are currently in the market has what’s called a standard or primary lens. This basic lens can capture beautiful photos both in sunny and dark conditions.

Provided that, the image quality will be based on the megapixel strength of the device. Higher megapixels give you better photos. Speaking of which, several mobile companies are offering a staggering number of megapixels in primary lenses nowadays… from 24 to even 64!

Another lens that quad cam setups has is the telephoto lens. These lenses are known for the incredible zooming capabilities. It can offer 2x, 3x, 4x and up to 10x zoom for your photos. However, it’s very challenging to fit a zoom lens into a thin body of high-end smartphone due to the intricacy of lens design.

That’s why over the last two years, almost all flagship phone companies have moved to a dual-lens-and-sensor design for their rear-facing camera instead of trying to add an optical zoom.

Now, it’s very obvious that having a dedicated telephoto camera lens will take better images at long focal lengths. Not to mention, it also provides a better result than cropping and scaling the image from the main camera. 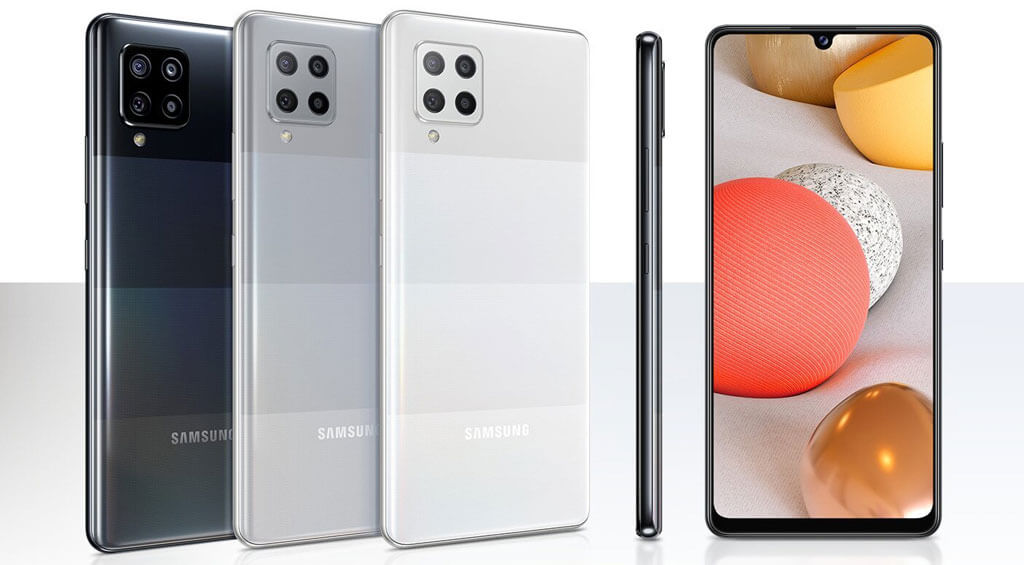 While not as much in demand as telephoto capability, photographers moving from standalone cameras also missed the ability to shoot wide-angle photos in their smartphones. Rest assured these quad camera phones also come with ultra-wide-angle lens.

This feature allows the user to capture a much wider field of view. It basically means that you don’t have to move away too far from a scene to capture all of it in your phone. In addition, it’ll allow more of the scene to be included in the photograph without chopping the edges off.

These particular devices are also capable of estimating the depth of objects in the scene due to the combination of different lenses. It paved the way for of specialized portrait modes to keep the subject sharp, while giving the background a pleasing blur known as bokeh.

Moving on, a slightly more popular implementation of the fourth sensor is the monochrome camera. Besides reducing memory use by using Y8 stream format, a monochrome camera can serve as the underlying physical camera of a logical multi-camera device.

This sensor is devoid of an RGB color filter. This means that the sensor cannot capture colour information. But on the upside, because there is one less thing blocking the sensor, the monochrome camera can capture more light. It can also achieve much better low-light noise characteristics.

It’s 2020 and shooting macro on your phone is easier than ever before, since some manufacturers do offer macro lens in their devices. You can take photos of super small objects with crisp details using your smartphones as opposed to a DSLR or mirrorless camera.

How Does the Display Work?

Now, there are some constraints on how many cameras can be integrated in a single phone. Other than space and cost, processing power is also a concern. Naturally, processing multiple image streams is more complex than working with captures from a single camera.

A lot of work is needed to create the final result for display. Images have to be processed normally, aligned properly, merged in a way that minimizes artifacts and then to perform whatever specialized actions are needed, such as creating bokeh or tone-mapping for low light. No wonder these devices are a bit pricey.

On another note, the makers of camera modules have made it much easier for phone manufacturers to add multiple camera module solution to their smartphone designs.

Technology providers are offering an array of solutions for numerous combinations of multiple cameras in a single module having complete image processing libraries. So you can expect to see devices with multiple camera modules over time.

Example: Samsung Galaxy A9 Quad (World’s First Phone with a Quad Camera on the Back)

Samsung Galaxy A9 is the culmination of all the approaches since 2014- depth, wide-angle, zoom and a normal camera.

It has four rear cameras that can shoot in any given situation whether it’s a nightscape, a field of flowers, or a plate of food. Not only it gives you a pro-level experience, you can broaden your photo-taking abilities with this device also.

This smartphone has intelligent feature like Scene Optimizer technology that detects the subject of your photos as well as Flaw Detection that catches blinks or blurs. It is also packed with a wide range of sticker, filters and AR emoji. Overall, it’s a camera which will give you a lot of freedom and joy to shoot with.

Since the Samsung Galaxy A9 is all about its Quad Camera, its 4 Camera has following individual features:

Its primary camera has 24 megapixels. It can take stunning photos in both sunny and low-light condition since it automatically adjust to different lighting conditions. Especially in low light, this device merges pixels to allow more light giving the user the best possible (read fantastic) photos.

Galaxy A9’s 5 Megapixels depth camera gives you absolute control over depth of field and focus on the subject. Using this lens you can take incredible portraits and those creamy bokeh photos that are all over your Instagram feed.

The 10 megapixels telephoto lens is capable of 2x optical zoom. Shooting from a distance is a treat with this device as it takes crisp photos with sharp details. This feature is also perfect for macro photography.

Taking photos of beautiful landscapes, cityscapes or crazy group photos is made easier with the addition of 8-megapixel ultra-wide lens. Currently, most smartphones can give 77 degrees in their field of view, where the Galaxy A9 as termed by Samsung can give 120 degrees.

Final Thoughts of Mine

In the end, it’s important to remember that multiple camera modules in a single device is pretty much still in development. It hasn’t reached full maturity yet. So, rapid progress in this very area is an obvious expectation which surely will come over time.

In the meantime, feel free to use the popular and reputed brands on the market for a good result (cue is in the article). Hopefully, you’ll be able to get the hang of the cameras real fast. The phone is a bonus. Well, it can be the other way around if you think really hard. Every coin has two sides.