Compactclick supported by its audience. When you buy through links on our site, we may earn an affiliate commission. Learn more.

Do you think that the right color composition and proper lighting makes a good photo? Maybe. A well-composed capture is undoubtedly an attractive photo and pleasurable to look at. It takes practice and perseverance to learn the technicalities of setting up aperture, adjusting shutter speeds, and using manual focus on a DSLR, most of which is acquirable with research and harmless experimentation. But the secret to a good photo lies beyond the capabilities of just your camera.

Have you ever wondered how a Journalist comes up with a single picture to represent a whole story? Paired with a solid caption, a good photo holds the power to move the world. And much greatness has happened through the lenses of individuals with a vision. While camera skills help with incorporating the vision in a frame, it isn’t enough.

Perspective is a matter of personal opinion, and it varies from person to person. The more you look into a subject matter and the deeper you go, your take on the matter will change. Try to look for a perspective whenever you decide to take a photo. What would the picture say? What is the REASON behind taking the picture?

I am not, however, devaluing random clicks. Social events and public events can be best captured through a series of random clicks to get the most candid photos. But if you have a story to back it up, it can be all the more memorable. For instance, you can capture the reaction of someone receiving good news, take pictures of people laughing and having a good time, and so forth. These pictures will have a long-lasting impact on you and the people involved. Besides, most clicks without a reason are usually lost in the hard drive or sent to the Recycle Bin.

Here’s what I would recommend:

Taking random photographs is a habit of collecting images. Photographers tend to take burst shots to capture multiple images of a particular occurrence or scene. It ensures that the photographer doesn’t miss out on anything, because everything happens fast in an on-going event. These pictures can be, later on, sifted through to identify the best ones for use.

A much more sophisticated approach would be to put thought and consciousness behind a capture. This is more effective in taking good photos, as you get to envision the context and the message, assess external factors, and take time setting up your camera for the perfect shot.

To capture incredible images, you have to:

During a field trip for a university photography course, I visited a local zoo with my class. But my lecturer gave me a bizarre assignment. I was assigned to take photos of animals suffering from captivity. As easy as it may seem to capture such photos of animals in an enclosure, I had a difficult time finding the right angle. The enclosures were big, the animals were well fed, and their faces never said anything. Soon after submitted our work, my teacher acknowledged one of my classmates for what he had come up with-portraits of zoo animals with one-third of the camera focus on the Bars.

The young photographer used perspective to use ‘bars’ to condition the subject. The subject, being the center of the photograph, is described by the surroundings or variables around it. However, the subject (the animals), on its own, may not have been enough to tell the story.

Similarly, if I ask you to take a picture of a flower and induce anger, that wouldn’t be possible, because flowers exemplify positive emotions. A volcano erupting amidst a lightning storm can indicate gloom and darkness and rarely anything else. A photographer must understand the subject, make use of the surroundings, and find the angle that delivers the right message.

Every aspect of your photograph needs to exist for a reason. Features that would otherwise crowd your image are potentially harmful and need to be edited out. But too much post-production ruins the integrity of the composition. I always recommend being purposeful, giving attention to details and capturing a photograph that’s perfect straight out of the camera. The goal here is to find the right angle to eliminate unwanted elements from the frame and capture the shot when the lighting is right. Natural would be your best resort in most cases.

Keep the focus on the message

Viewers have to be able to get the message from your photo without too much thought put into it. The composition and the lighting sets most of the tone here, so it would help to sharpen those skills with a couple of online courses and books.

Juxtaposing is creating a contrast between contradicting ideas to create a comparative photo that tells two sides of a story. For example:

A wedding photo: A bride in her white gown, posing in front of a garbage can, or a staged setup with trash in the background. The contrast between a white clean dress and a dirty (noisy) background can be interesting and perceived in many ways.

Whip pan techniques and post-production filters can be used to create the most amazing photographs. Some examples include using off-camera lighting to highlight the subject in a dark background, shuttering drag to whiff off passing light, and incorporating against-light techniques to create silhouettes.

If you’re taking a photograph that will either be published or shared, you need to understand the targeted viewers to get enough feedback. People taking photographs in a wedding or a social event expect to get well-composed pictures of subjects posing alone or in a group. But it’s the candid that creates a better impression.

Commercial projects demand more than just candid captures and plain-Jane portraits. Stock photo websites, for instance, target keywords to intentionally compose pictures. The pictures define a certain facet of the keyword; hence it can be used for commercial marketing or content. But these online stocks sometimes lack creativity and the ability to create something new. Nevertheless, the pictures complement the subject matter and can be categorized as a “good photo.”

It takes a lot to create a masterpiece, and most importantly, it takes a solid purpose. But a good photograph can reach out to the targeted audience and influence them to engage.

Reaching out to the right audience can be tricky. Let’s say that I have taken a picture of a mountain landscape. According to my perspective, I like the photo captured fifteen minutes before sunrise, to get a shade over the mountains. This is because I like to keep the image unsaturated and highlight the top of the mountain. While an image like that may evoke a gloomy, down trotted mood to some, to me, it’s blissful. If my target audience has a different opinion on the composition and thinks that the image should be bright and vibrant, it would not be invalid—it’s simply a different perspective. Before you dive into a sophisticated project, analyze the target audience and their expectations.

A good photo has to communicate

Just like you can add details to an essay, elements in a photograph help describe the story. And a good photograph needs a clear voice. Recently, I came across an image of a koala grasping on to a branch of an almost burnt tree. The picture was taken by an Australian photographer covering a story on wildfires.

Notice how a picture like that can be self-explanatory. Within seconds, you can assume that the animal is hurt, there was a fire (the burnt tree), which may have destroyed its habitat, and the incident happened in Australia (the koala itself).

Professional and amateur photographers alike need to learn how to post-process photographs in editing software like Photoshop or Lightroom. A good photo should be perfect coming out of a camera. But additional tone adjustments and color correction can bring out the best of the lights captured in that frame. Post-processing can be used to turn an image into black and white, a collage, or focus-adjustments with blur effects.

Heavy editing, however, is a bad sign. If a photograph needs a major makeover, it’s better to not use it at all.

The different categories for photographs include landscape, portrait, aerial, sports, wildlife, fashion, wedding or events, etc. Any photograph can be placed under one of these categories. Your lens selection widely depends on the type of photograph your taking. More importantly, your camera settings will change with it.

A good photo is one that triggers emotions and delivers a clear and concise message. It has to:

It takes time to come up with a great photo for every occasion. The task may seem difficult at first, but once you’ve developed what I would like to term the “eye,” you will start enjoying what you do more than ever. Start with planning out your composition in your head even before peeping through your viewfinder. Get down and dirty to find the right angle and wait for the proper lighting if you have to. The best pictures in the world rarely happened unintentionally. 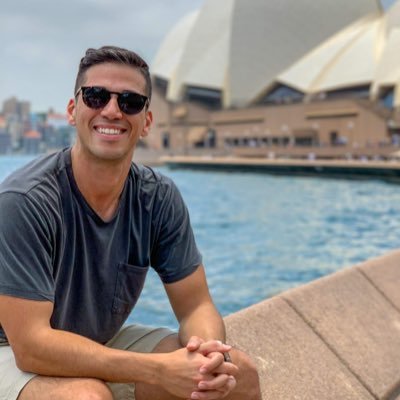 Hey there, my name is Ryan, and I am the person behind this website. I have had a love of photography for most of my life and spend a lot of time buying and using all types of photography gear. I started this site to help others enjoy the art of photography while being compact and provide you with the best and most reliable information either from my own experiences or from a range of trusted sources.