DSLR or Digital Single Lens Reflex Camera is a wonder tool. It can improve you as a photographer. This little thing makes for a great gift. Well, that’s all true. That is if, you have a knack for spending money and have a few hundred bucks to spare. But in reality, if you are good enough, a compact camera is just as efficient as the fancy DSLR in the stores.

People buy these cameras for gifts. Or, some of us think that owning a DSLR can help taking quality pictures which stay with us for years to come. Photography enthusiasts take it as the “Next Step” towards perfecting their art. Still, I’d advise you to go against your impulses.

Don’t buy a DSLR camera. You don’t need one. Why? Let me explain in the following sections of this article.

1. Selecting A DSLR Is A Tough Task

I could buy a “Point and Shoot” camera within a short time. Compact cameras don’t have complicated features or accessories to look for. You can get by with a simple mirrorless camera as well.

Yet, whenever you want to buy a DSLR, there are a bunch of things that you need to buy to compliment the package. There has to be a back up lens, a camera kit bag, a tripod (depending how you look at things), and DSLR photography courses (for the beginners). This is a lot of bucks.

That’s not to mention that there are many DSLR models on the market. People often get confused by them and their unique features. This takes a bit of know-how as well. Trust me, you’ll need a lot of time sifting through them compared to buying a compact camera. In my view, it’s better not to buy a DSLR.

Okay, first of all… a DSLR camera is a big unit. It takes a lot of time to pack it up and prep it for taking pictures. It’s not a convenient piece of device to take along when going for vacations. Personally speaking, it takes me a considerable time to set up the lens and get the light right for the pictures.

I have to push a number of buttons and sift through a number of modes. Setting up the tripod (to get the angles right) for the pictures takes time as well. My compact camera can deliver as many as 15 – 20 pictures during the same time frame. Of course, learning what each feature does, takes time too.

3. It’ll Cost You Money for Features You Don’t Need

As I mentioned earlier, it takes time to learn the ropes of the “Digital Single Reflex Camera.” Even then, there are tons of features to get your head around. Some of them you might not even need.

We’re often tired with the simple features of our compact and “Point to Shoot” cameras alone. These many features of the advanced counterpart will most certainly make your head spin.

Okay let’s look at the “White Balance” feature for example. If someone asks me whether I’ll tinker with the Kelvin settings to correct the white balance of my photos, no… I won’t.

DSLRs give you the opportunity to control the ISO settings depending on the lighting condition of your room. Yes, you’ll be able to control the brightness of the photos. But here’s the catch. It’s time consuming and doesn’t matter much when you’re taking photos just for the fun of it.

DSLRs also give you the option to control the shutter speed and the exposure of light to your photos. Now, be honest with me. Would you slow down in the middle of a picture to slow down the rate you’re taking the photos at? I wouldn’t. Beginners would not be too happy with the results either.

Long story short, Digital Single Lens Reflex cameras have features that are almost “Invisible” to naked eyes. They’re not super necessary when you think about it. Spending few hundred bucks more just for them is a loosing bargain according to me.

Plus, too many options will confuse you when you’re out there just to take photos and savor memories. Point to Shoot cameras or Compact cameras are much better when all you have to is to click the shutter.

4. Do You Want People to Give You Unnecessary Attention?

That’s exactly what you’re gonna get when traveling with the DSLR and the “Complimentary” gears. As I’ve been saying time and again, setting up the device for a good picture or two takes time.

These devices are not good fits for crowded places. While setting them up, you’ll surely disturb the people nearby. Also, getting that “Perfect Photo” might be a problem amidst the crowd.

Also, people might mistake you for a guy who takes photos for money. On top of that, random requests of “Take a photo of us” is a common phenomenon. Before you know it, your own candid photo will be ruined. You might be laughing inside but DSLRs do tend to get people some unwarranted attention.

5. It’s a Hassle to Clean and Maintain DSLRs

Fingerprints can blur your photos and ruin natural and perfect images. Dust can render the “Light Gathering” parts of your camera useless. I didn’t even touch on the dangers these things pose on the sensors. Long story short, a tiny peck of dust or dirt can ruin the entire device.

You’ll need to buy specialized cleaning equipment for the job. These fluids and wiping cloths can cost people hundred of dollars. If a part of your camera gets damaged, it’s pricy to fix or replace it entirely. As I said, these cameras are high maintenance and require constant care from us to stay fit. Yes, more than what a “Point and Shoot” or a “Compact” camera would need. This is indeed a hassle.

6. Mirrorless Cameras Can be Better Alternatives

If you think that DSLRs offer you a cutting-edge technology and make your images better, it won’t. In fact, the mirrorless cameras are far more advanced. For example, mirrorless cameras support 4K resolution these days. Cameras like Sony A7s are perfect for low-light photography.

Also, these things are faster in processing than the DSLRs. It takes a lot of time to get DSLRs powered up. But Mirrorless Cameras can be up and running in seconds if not minutes. The interface is easier to get around when using compact and mirrorless camera devices.

Trust me, it makes all the difference when shooting a video or a movie. It takes longer to shoot a movie in DSLRs than it does in mirrorless or small compact cameras.

Manufacturers will tell you that DSLRs are updated too. Yes, they do. But the process is slower than mirrorless cameras. Again, in my opinion, DSLRs are not worth the gamble.

7. Using the LCD Screen Can Be A Problem for People

Normally, cameras have a nifty thing called “Viewfinder.” Basically, we look through the viewfinder and take all sorts of pictures. But DSLRs come with an LCD screen as well. People are used to looking through viewfinders and clicking their shutters for pictures. DSLRs come with advanced video recording features.

Yes, they force you to look through and use the LCD screens as well. Those of you who are not used to the intricate functions and constant indicators on the LCD screen, will find it difficult.

Shooting videos is all the more problematic. Simple home recordings can become a hassle. That is, if you constantly keep looking and touching the screen.

Using the LCD screen indoors isn’t a problem. However, things can be difficult when you’re shooting out in the sun. Indicators on the screen cannot be distinguished all that well under intense sunlight. If you have better options, why go through all the hiccups?

Final Thoughts of Mine

Look, I’m not saying DSLRs are not good. They are.

But do you need them as a photographer? I don’t think so.

9 times out of 10 the normal camera is par for the course when you’re looking to take good photos. But you’ll have to be up to the task too. DSLRs aren’t going to magically make your photos better. You’ll have to learn the ins and outs of photography first.

Besides that, there are numerous brands out there who have better cameras (i.e. mirrorless cameras) better than the DSLRs. Go for them if you have money to spend. Digital Single Reflex Cameras are bulky to carry and tough to keep in the right shape. I’d not recommend one unless you have time to learn the intricate (and sometimes unnecessary) features and some after care. 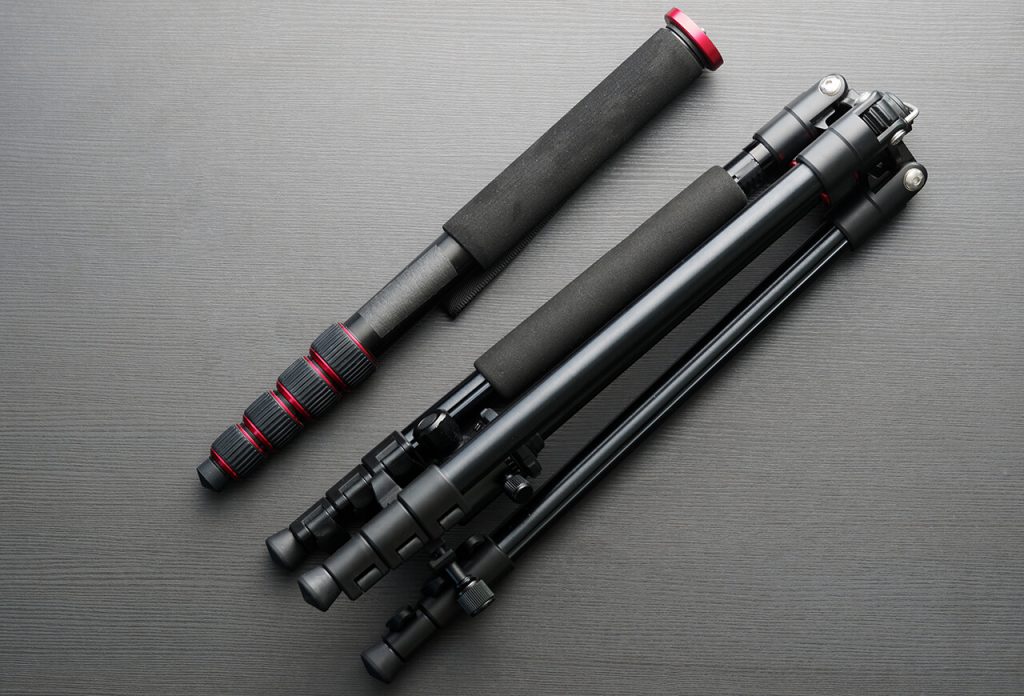 Monopod Vs Tripod – Which One Should You Use? 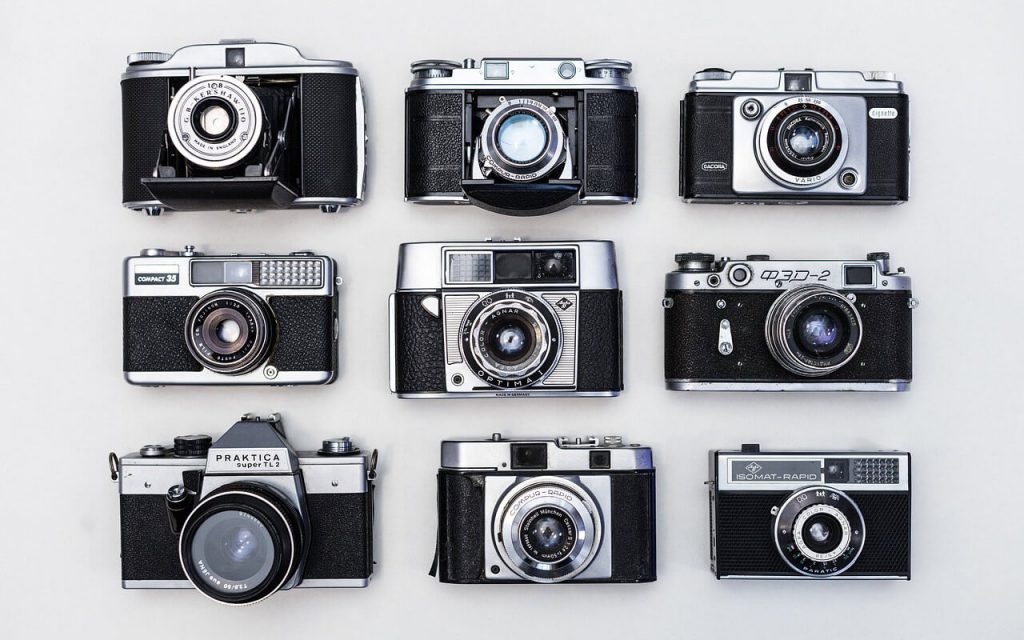 4 Types of Digital Cameras that You Can Buy This Summer 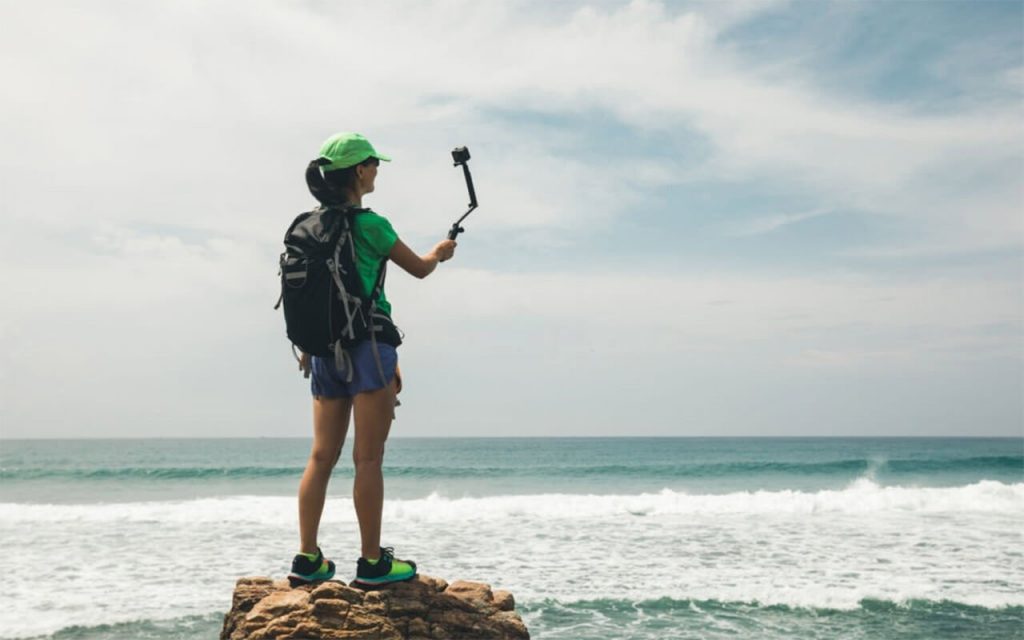 Why Should You Invest In An Action Camera | Full Breakdown